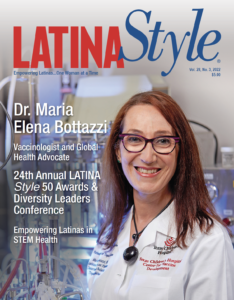 Raised by a diplomat single father and a family of cattle ranchers in Honduras, Dr. Maria Elena Bottazzi realized from an early age that there were disparities in access to health and wealth among urban and rural residents. Learn more about what drew her to microbiology and to understand the relationship between pathogens and humans so that she could look at ways to prevent, diagnose, and treat diseases. 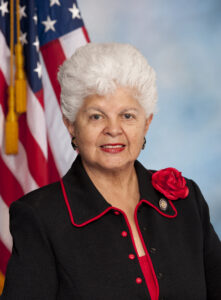 As many as 10 million Latinos in the United States have reported having a mental condition and disparities both in access and quality of treatment have led to higher-than-average rates of depression, anxiety, and suicidal thoughts among Latinos. Learn how Congresswoman Grace Napolitano, co-founder and chair of the Congressional Mental Health Caucus, Patricia Alvarado, Director and Licensed Professional Clinical Counselor at Alvarado Therapy, Lisette Sanchez, Licensed Clinical Psychologist, and Natalie Yvette Gutiérrez a Certified Internal Family Systems Therapist are supporting our community. 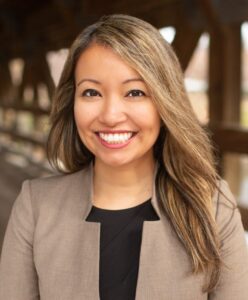 Punto Final: A Vision for a Healthier Nursing Workforce
Although the COVID-19 pandemic has highlighted the stark health disparities impacting communities of color, since 1975, the National Association of Hispanic Nurses (NAHN) has been delivering preventive care, in the form of health fairs, educational health workshops, and health programming to our Latino communities to help close the disparities gap. 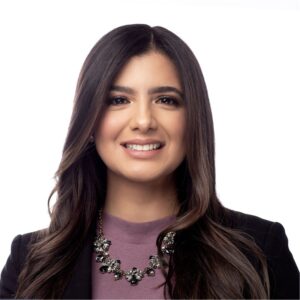 Women in STEM, especially in healthcare, continue to be underrepresented. Even though women make up almost half of the U.S. workforce, they account for only about 27 percent of STEM (Science, Technology, Engineering, and Math) professionals and workers, according to the U.S. Census Bureau. And despite Hispanic or Latinas making up almost seven percent of the workforce, they represent just under two percent of all STEM workers nationwide. Meet three Latinas who play a critical role in empowering the next generation of Latinas in STEM healthcare careers.

Every single day during the last 15 years of my life, I have been wondering why Latinas are largely absent from an industry that I work in and that I also admire and enjoy navigating: The Tech Industry. 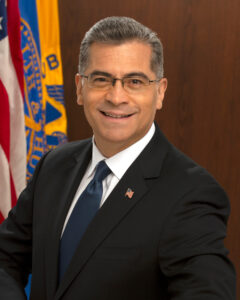 His View: Tackling the Mental Health Crisis in America

A few weeks ago, I flew to Portland, Oregon, for a roundtable on mental health. It was just the latest stop on HHS’s National Tour to Strengthen Mental Health in America. I met with the governor, members of Congress, state representatives, CEOs, pediatricians, administrators, teachers, and school psychologists. But the voice I remember most from that day was not in the room. 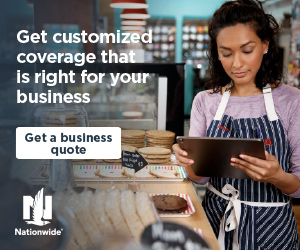 Monica Lozano Elected to Apple’s Board of Directors

Monica Lozano, president and CEO of College Futures Foundation has been elected to Apple’s board of directors. Lozano brings with her a broad range of leadership experience in the public and private sectors, as well as a long and storied track record as a champion for equity, opportunity, and representation.

Hello, hola, bonjour! My name is Kisses Lowry, but you can call me Kisses. I am a 10-year-old black American Cocker Spaniel. My hobbies are: hanging out with my beautiful family, taking walks, eating healthy, traveling, and of course, taking long naps in my spare time. In my early years, I was a show dog, and I am deeply grateful for that experience because it developed my passion for diversity!

My name is MAYA, I am a two-year-old Yorkie rescue. I had a lovely owner but she had some surgeries and with a long recovery, she couldn’t take care of me anymore. She tried really hard to find me a home and I got lucky when she called.

“Veterans and military spouses bring a great deal of value to their teams and to our company overall,” shares Brynt Parmeter, Senior Director Walmart Military Programs.

Clap When You Land

I come from a community-driven people; my very large Dominican family and the very Black and Brown neighborhood I was raised in New York both put a strong emphasis on building tight connections, supporting one another when traditional channels failed us, and continuously communicating the needs of ourselves and those we love to the people in power.

Floreciendo – A Latina Pre-Med during COVID-19

A professor once said to me that my transition from the military to academia was quick and impressive. Say what? In my head, it was neither. Fortunately for me, I had countless years of leadership experience with adapting and overcoming whatever situation or role I was thrust into from my years in the military.

Letters from the Front

I am a proud Latina with Ecuadorian origins. I am a Utilities Chief Warrant Officer in the Marine Corps. As a young child, I always had an interest in joining the military. I would always dress up like GI Joe and carry a kitchen utensil or anything that could resemble a weapon on my “war” belt.

“The Re-Ignite program is part of Johnson & Johnson’s larger commitment to diversity and inclusion, and is a fantastic way for people with unique abilities, perspectives and experiences to feel supported as they re-enter the workforce,” states Jacqueline Maestri, Vice President, WW Engineering and Property Services at Johnson & Johnson.

Maya on the Phone

My name is Maya and I love the smell of my owner’s perfume. I am a Border Collie. I am 10 years old and words that describe me are: intelligent, athletic, agile, acrobatic (my owners say I can spin on a dime when I am catching frisbees), and lastly but not least, I am sweet and caring…

Latina Letters From the Front!

Transitioning to a Thriving Civilian Career

I joined the Navy in 1994, straight out of high school in Puerto Rico. During my six years in the military, I served as a Mess Management Specialist where I was responsible for the lodging and food preparation for sailors in my duty station and advance deployments.

I grew up reading books like Don Quixote de La Mancha by Miguel de Cervantes, and La Carreta by René Marqués, Poems by Federico Garcia Lorca and Sor Juana Inés de La Cruz. I was worried about what our youth are reading nowadays and if we had any strong, creative and multicultural writers that could capture the essence of living in two worlds as many immigrants and first-generation feel …

Growing up my father was rarely around, and my mother had to work long hours to provide for my four sisters and me. After my parents divorced, my mother decided that, in order to provide for us, it was best for my sisters and I to live with my grandmother in Mexico, so we moved. At the time, I was about 7 years old …

My college experience has been an ongoing discovery of who I am and what I can become. Each year has presented itself with different obstacles and learning experiences that taught me independence, management, and communication as well as resourcefulness.

I am a firm believer in the power of diverse leadership and potential in our community, so it’s an honor to serve the Congressional Hispanic Caucus Institute (CHCI) in our mission to develop the next generation of Latino/a/x leaders across all industries. CHCI’s track record of success is owed in large part to the women who led the organization before me.

The United States dedicates the month of March for celebrating influential mujeres throughout history and present day, a mission that LATINA Style, Inc. embraces throughout the year. Mujeres fuertes y poderosas with names that sound like mine and facial features similar to my own—Dolores Huerta, Rigoberta Menchú, Ellen Ochoa, Major General

Latinas in the Military, A Growing Force

Women’s participation in the military has had a history that extends over 400 years worldwide, from Civil Wars, World Wars I and II to present conflicts. Women have been a presence in the United States military for decades and have worked to serve and defend the country for just as many.….

Texas Woman’s University
English Major & Political Science Minor. I was born in Dallas, Texas, however, my parents decided for our family to move to Guanajuato, Mexico when I was 11-months-old. Later on, when …

At Walmart, we are grateful for the sacrifice our nation’s veterans, military men and women, their spouses and families make in service to the country. It is our duty and honor to…

Latinas Adelante! Moving Beyond Diversity, Embracing Inclusion in the Fight for Equity.

As Latinas, many of us face the concept of diversity. In both the civilian and military world, there are offices and personnel dedicated to ensuring diversity as it relates to numbers and representation.

It was 25 years ago that in the living room of a tiny Alexandria apartment in Virginia, Anna Maria Arias put the finishing touches to the first LATINA Style...

Check out Special gift ideas for your loved one. We are sure they will bring a smile to their life.