About the Author: Flying Free 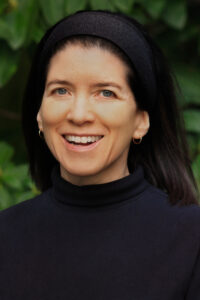 But then, five days before the article deadline, my father stopped breathing. Before that day, the beat of his breath had rasped out from his bedroom, a constant backdrop throughout my home. I could hear him when I cut up fruit in the kitchen, when I worked on my laptop at the table, when I ate dinner, his breathing a counterpoint to the forks and knives clinking on plates. He’d had a stroke only the week before, and could no longer eat or talk. But he still smiled whenever I entered his room, the radiant smile a nurse remarked on in the hospital. “Just being in the same room with that smile lifts my spirits,” she said. It was the identical smile that had sustained me throughout my childhood, despite the teachers who dismissed me and classmates who bullied me.

It was the identical smile that had sustained me throughout my childhood, despite the teachers who dismissed 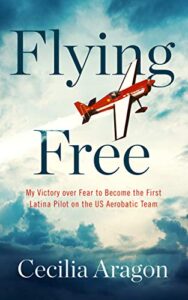 me and classmates who bullied me.

I remember sitting in my second-grade classroom, surrounded by dark green linoleum and black-and-white alphabet wall cards. On my desk in front of me lay the census form we’d all been asked to fill out.

My teacher loomed over me. “Mark your race as ‘Black,’” she instructed me. I stared at my own skin in bewilderment. Then I timidly raised my hand. “I’m sorry, I don’t think I’m Black.” And she said, “Well, you sure as heck aren’t white.” I grew up in the ‘60s and ‘70s in a small town in Indiana where almost everybody else knew each other’s grandparents, but both my parents were immigrants who spoke with thick accents. Who are you if you have a Chilean father and a Filipina mother? I didn’t even belong to a recognized minority group—but I so wanted to. I desperately wanted an identity group—I wanted to belong somewhere. But, moments like filling out that census form were a regular part of my upbringing. And every time it happened, I felt confused, upset, and diminished.

But there was one constant source of support in my life: my dad. When I did well in math, he’d tap my head and say with a huge grin, “This brain works!”

Whenever I brought home one of those big red 100s, he‘d beam at me proudly and say, “My buttons are popping.”

How could I write an upbeat article about how my father had been my source of strength for decades when he was now gone? How could I keep functioning without his breathing drumming in the background, the heartbeat underlying everything I’d accomplished?

Only a few days before his stroke, he’d told me he was ready to go. “I’ve made up my mind,” he said. “I’m dying this week.” “No,” I cried. “I still need you. Your grandchildren need you.” “You’ll be fine. And they’ll do well. I’ve left you with everything you need.” And he smiled at me.

Cecilia Aragon is an author, air-show pilot, and the first Latina professor in the College of Engineering at the University of Washington in Seattle. She coauthored Writers in the Secret Garden, has worked with Nobel Prize winners, taught astronauts to fly, and created musical simulations of the universe with rock stars. Her major awards for research, and a stint at NASA designing software for Mars missions, led President Obama to call her “one of the top scientists and engineers in the country.” For more information, visit ceciliaaragonauthor.com.