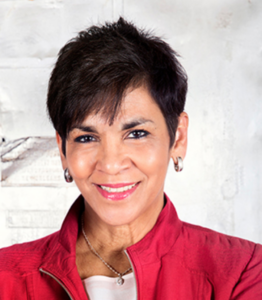 Having grown up in an urban neighborhood Marilyn Alverio learned early on about the impact of giving back to the community, volunteerism and paying it forward. Her parents migrated to the U.S. from Puerto Rico in the early 1950s and instilled the importance of “La Familia,” culture, our language and being involved in “La Comunidad.” She earned her B.A from the University of CT in Storrs, CT and later an M.B.A. from the University of Phoenix. Alverio worked in the corporate arena for more than 20 years where she has held numerous management positions within the airlines, pharmaceutical, education, financial and health insurance industries. As an entrepreneur, she led Ethnic Marketing Solutions for eight years, an agency

that focused on strategic marketing for companies interested in learning about and tapping into multicultural markets. Alverio works for MassMutual in Enfield, CT. where she is a member of the Workplace Solutions marketing team. She volunteers for MassMutual’s “Leading with Diversity” manager trainings several times a year and speaks at numerous national events on the topic of Diversity & Inclusion and Women & Leadership.

Her most recent success as founder and producer of the Latinas and Power Symposium® (LPS), is achieving national recognition and celebrated its 15th anniversary in May of 2018. The annual one-day inspirational and professional development platform is attended by over 400 participants from across New England and is designed for Latinas on a career or entrepreneurial path. 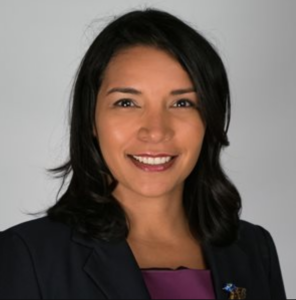 The Boston Planning & Development Agency (BPDA) Board unanimously voted to elect Priscilla Rojas as Board Chair. She will be the first woman and Latina to hold the position. Appointed by Mayor Martin J. Walsh, Rojas has served on the BPDA Board since 2015 and as interim chair since December 2019.

“Through many years of dedicated service to her community and to the City of Boston, Priscilla Rojas has shown she is well-qualified to serve as chair of the BPDA Board,” said Mayor Walsh.

Rojas serves as board treasurer and audit committee chair for Futuro Media Group, an independent nonprofit organization committed to producing ethical journalism from a POC perspective. She also served as a member of the Boston Cultural Council for six years and is the head of Internal Audit & Compliance at Takeoff Technologies. 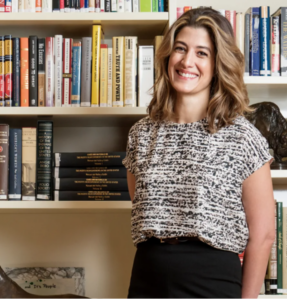 Nathalie Rayes is the President and CEO of Latino Victory, an organization working to grow Latino political power by increasing Latino representation at every level of government.

Formerly, Rayes was Vice President of Public Affairs for Grupo Salinas in the U.S., Rayes served as Los Angeles Mayor James K. Hahn Deputy Chief of Staff. Prior to that, she was Senior Policy Advisor to Los Angeles Councilmember Mike Feuer, heading all aspects of Councilmember’s activities with respect to citywide legislation and ordinances impacting the Fifth Council District. Rayes also served as a Department of State Fellow in the Economic/Political Section of the United States Embassy in Cairo, Egypt.

Rayes serves as a United States Presidential appointee to the Board of Trustees of the Woodrow Wilson Center for International Scholars, she is the Chair of the Board of Directors of the Hispanic Federation, as well as Chair of the National Advisory Group for Hispanas Organized for Political Equality (HOPE) Binational Fellowship, and member of the Board of Directors of Planned Parenthood Action Fund and the Congressional Hispanic Leadership Institute (CHLI).