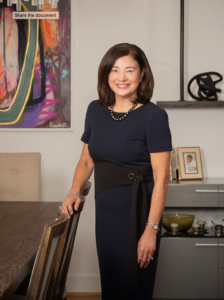 Alice Rodriguez has been named the chairwoman of the board for the United States Hispanic Chamber of Commerce. Rodriguez is a business executive with JPMorgan Chase & Co. and was recently promoted to become the Head of Community Practices, Engagement and Inclusion for JPMorgan Chase & Co.

She has more than 33 years of extensive banking experience with JPMorgan Chase and its predecessors, starting in her native Texas. Rodriguez began her career in Brownsville at Texas Commerce Bank, and during her three decades in the industry served as JPMorgan Chase’s head of retail banking and Texas vice chairwoman. She has worked her way through the ranks at Chase and was recently appointed as the Head of Community Practices, Engagement and Inclusion.

Recently Chase has pledged $30 billion over the next five years toward financing affordable housing, providing loans to Black- and Latinx-owned small businesses and investing in Black- and Latinx-led community development financial and minority depository institutions.

She has also been recognized by the Association of Latino Professionals For America (ALPFA) on their “Most Powerful Latinas List” for three consecutive years. 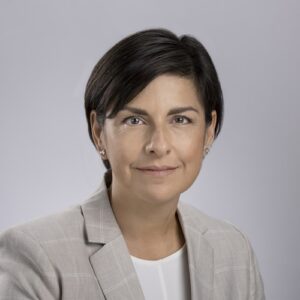 Teresa Alvarado Appointed to Chair of the California Water Commission

The first Latina ever to Chair the Commission, Teresa Alvarado, of San Jose, has served as the Chief of Local Impact of the San Francisco Bay Area Planning and Urban Research Association (SPUR) since 2016. She was deputy administrative officer for the Santa Clara Valley Water District from 2011 to 2016 and executive director of the Hispanic Foundation of Silicon Valley from 2006 to 2009. She held multiple positions at the Pacific Gas and Electric Company, including charitable contributions program manager from 2005 to 2006 and governmental relations representative from 1999 to 2005. 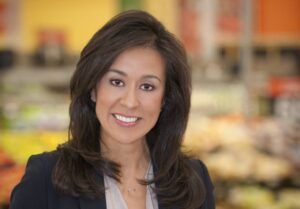 Gisel Ruiz Appointed to Univision Communications Inc. Board of Directors.

Ruiz has held a wide variety of roles from Regional Vice President of Operations to EVP People to Chief Operating Officer of Walmart and later Sam’s Club. After leaving her successful Walmart career in 2019, she took on board director roles including Cracker Barrel, Vital Farms, and most recently, Univision Communications Inc.

Over the span of her illustrious career, Ruiz held a number of senior executive positions within Walmart Inc. including Executive Vice President of International People for Walmart International, overseeing all aspects of Human Resources, supporting over one million associates across 27 countries. Prior to her role, she served as Executive Vice President, and Chief Operating Officer for Walmart U.S., with annual revenue over $279 billion, where her remit included leading asset protection, real estate, store innovation, and operations of over 4,100 stores.

During her tenure at Walmart, Ruiz served on several boards including the Walmart Foundation Board, Walmart de Mexico S.A. de C.V. and Yihaodian. She has a Bachelor of Science in marketing from Santa Clara University, where she also completed the Retail Management Institute program.