The HITEC Foundation Appoints Ivonne Valdes as New Board Chair 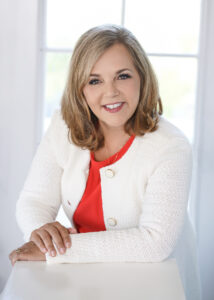 “We are excited to continue to grow the work and impact of the HITEC Foundation under Ivonne’s leadership. She has been a tremendous force on the HITEC Foundation Board of Directors and we look forward to expanding our reach and impact,” says HITEC President Omar Duque. “We are eternally grateful for Ramon Baez’s leadership. His presence will be missed on the board of directors but we look forward to his continued engagement.”

Valdes, part of the HITEC community since 2009, has served on the HITEC Foundation Board of Directors since December 2017 and as Board Secretary since 2019. Valdes has a longstanding commitment to ensuring Latinx youth have the resources and opportunities to advance in the professional tech space. She also serves as the Chair of the Hispanic/LatinX members group for Infrastructure Masons.

“Priscila is a rigorous scholar and a passionate advocate. From the start, she has impressed her fellow editors with her remarkable intelligence, profound humility, and deep commitment to service. Her values represent the very best of the Review. I cannot wait to see what Volume 136 will achieve under her inspiring leadership,” said Shahawy.

“Hassaan’s intellectual prowess and humility are unmatched. He was given the unenviable task of guiding the Review through an unpredictable and challenging year, but he served Volumes 135 and 136 with grace. I will do my best to follow in his footsteps and build on the work he did this year,” said Coronado. 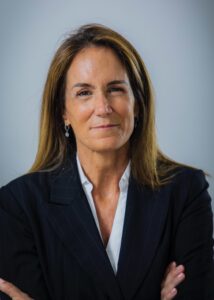 Pro Mujer, a social enterprise with more than 31 years working to advance gender equality in Latin America, announces Carmen Correa as its new CEO. Correa joined Pro Mujer in 2017 as the Director of Alliances. She has served in several different leadership roles, including becoming Vice President and Chief Operating Officer in 2021. In this most recent role, she supervised the operations and implementation of Pro Mujer’s social impact programs, which include expanding financial inclusion, providing health and well-being services and offering skill-building opportunities to women across Latin America.

Correa has more than 30 years of experience in operational management, strategic planning and program execution, focusing on sustainable development in Latin America. Before joining Pro Mujer, she led efforts at the National Research and Innovation Agency (ANII) in Uruguay, served as the Program Director at Fundación Avina, was the Director of Operations and, later, the Executive Director of Endeavor Uruguay, and held various positions at the Inter-American Development Bank (IDB) in Washington D.C. and the Organization of American States (OAS) in Uruguay.

In her new role, Correa will lead Pro Mujer and expand the organization’s impact to bring it closer to its goal of achieving gender equality in Latin America.