Almodovar brings more than 30 years of experience in finance, real estate, and community development across a number of institutions and organizations. Since 2019, she has served as President and CEO of Enterprise Community Partners, a national organization focused on increasing the supply of affordable housing, advancing racial equity, and supporting residents and communities.

Prior to her role as President and CEO of Enterprise Community Partners, Almodovar worked for nearly a decade at JPMorgan Chase and led two of the firm’s national real estate businesses; most recently, as Managing Director, Co-Head of Real Estate Banking where she served national and regional real estate developers, investors, owners, and investment funds. Earlier in her career, she was President and CEO at New York State Housing Finance Agency, State of New York Mortgage Agency, and Affordable Housing Corporation. She started her career at White & Case LLP, where she was named an equity partner.

“It’s an honor to join Fannie Mae and lead the company as it carries out its vital role in the housing finance market and works to help ensure that equitable, affordable housing is available to people in communities across the country,” shares Almodovar. “I look forward to working with the Board, Management, and my new colleagues at Fannie Mae to continue this important work, which has benefited so many people over the company’s more than 80-year history.” 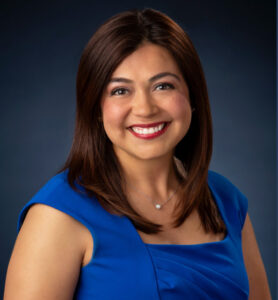 Cinthya Allen has 20 years of relevant experience and most recently served as the Diversity, Equity and Inclusion Officer and Americans with Disabilities Act (ADA) coordinator for the City of Norman, Okla. She also serves an adjunct professor at the University of Oklahoma.

In her role at Arvest, Allen will lead the diversity, equity and inclusion efforts. Arvest earned a spot on Forbes magazine’s list of “Best Employers for Diversity 2022” earlier this year.

“I am thrilled that Cinthya is joining the Arvest family,” Arvest Chief People Officer Laura Andress shares. “Her passion, drive and dedication to DE&I – both within the bank as well as in our communities – makes her a perfect person to lead these efforts. The result will be a more respectful and inclusive workforce, workplaces and communities for us all to grow and celebrate for decades to come.”

Allen’s DE&I roots trace to AT&T, where she led HACEMOS, AT&T’s Latino-focused employer resource group, among other responsibilities. She led HACEMOS as it grew in membership from 900 to 11,000 members and ultimately served as its national president. Allen also led corporate external affairs and served as a state-registered lobbyist for AT&T.

“I am excited to join the Arvest family,” Allen said. “The people-centric commitment that runs throughout the organization is the lifeblood of our Diversity, Equity, and Inclusion principles. I look forward to partnering with our teams to learn, lead and build our workforce and communities in transformative ways.”

Mari Carmen Aponte, Ambassador to the Republic of Panama 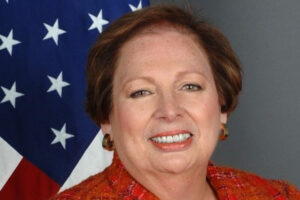 The U.S. Senate has confirmed Mari Carmen Aponte as Ambassador to the Republic of Panama. Aponte is a lawyer and career diplomat. She served as Under Secretary of State for Western Hemisphere Affairs at the State Department under President Barak Obama, with Joe Biden as Vice President.

Aponte, who was ambassador to El Salvador and acting assistant secretary of state for Latin America during the Obama administration, had been favorably recommended, without opposition, by the Committee on Foreign Relations.

A lawyer by profession, Aponte was director of the Puerto Rico Federal Affairs Administration (PRFAA) during the administration of Sila María Calderón. She was also appointed in the past as ambassador to the Dominican Republic and to the Organization of American States (OAS), although these designations did not complete the legislative process.