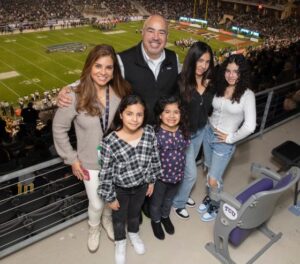 Your dad has always been there for you, so we’re here to help you make this Father’s Day the best he’s ever had.

Check out the fatherly wisdom shared with us by a few of our readers.

Francia Raisa: Everything is a Journey 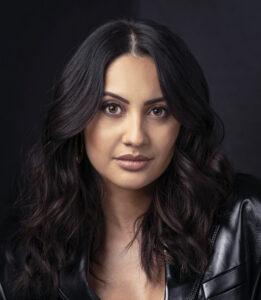 Francia Raisa is a versatile and skilled actress who has appeared in several films and television shows. Currently starring as “Valentina” in Hulu’s new hit series “How I Met Your Father,” Raisa is excited to be a part of the new series and describes her character as “fun, flirty, and vibrant!”  Raisa is a first-generation American with a mixed background: her mother is Mexican, and her father is Honduran. Born and raised in California, Raisa grew up in a home where Spanish was the dominant language, while English was something she picked up in school.[…]

At Power On Heels Fund, we view women’s empowerment through the lens of Latinas whose growth has been challenged by gender pay gap, social biases, cultural beliefs, and institutional processes. Our core values steer our philosophies to bring awareness, to guide the marginalized and economically disadvantaged Latinas at all levels in gaining opportunities to succeed. Our Education Program – Latina Power Purse Program focuses on 3 key areas – Emotional Intelligence, Conscious Leadership and Financial Mastery. “[…]

“The horrible murder of U.S. Army Spc. Vanessa Guillen in Fort Hood, Texas, is a grim reminder that no matter how accomplished and strong women are they remain vulnerable to unspeakable violence. As the proud father of a Latina Naval officer who served in Kabul, Afghanistan, for a whole year at the height of hostilities, we understood the dangers she was facing. It is inconceivable to me that she could be in danger here, at home, among her peers. Although policies and regulations exist in the services to educate military members of the consequences of harassment, especially sexual, the practice continues to this day. And many women experience it daily wherever they may work. Obviously, something needs to be done.  Spc’s Guillen’s death is a clear indication that the current policies are in fact ineffective. Reporting sexual harassment, assault, or otherwise is a very serious and delicate proposition.”[…]

“COVID-19 is going to set apart students who have grit versus those who do not,” says Nora Balli, a rising junior at The University of Texas. As the fall semester quickly approaches the 14.53 million college students in the U.S., many questions are beginning to surface. How am I going to pay tuition? Should I take out loans? Will classes be online? Should I attend community college instead? Though many of these questions may be ambiguous now, only research and time can help make a clear judgment on what steps can be taken.

“During my time in the Marines, I learned a lot about myself and knew what I needed to thrive and succeed in life,” shares creative entrepreneur and U.S. Marine Corps Veteran Monica Chavez. “My military experience provided me with a plethora of life lessons. The most valuable being; with hard work, I can do anything I set my mind to.  I am a woman and small in stature but I did not let that be an excuse or define any physical challenges I faced in my five years in the Marine Corps.”[…]

A Latina and her Cricut

Looking for a last-minute holiday gift idea? Here are Cricut items that you can put on your last-minute Christmas gift list that will make your recipient grin from ear to ear when they open that box. Prior to using the Cricut cutter, Melissa’s experience with crafting was limited to markers, scissors, and hot glue. Although she has always been the creative type, she never had the tools at her disposal[…]

“The radiologist said the lump I felt was “probably benign” but she recommended to repeat the study in six months,” shared Oncologist Dr. Pichardo Johansson of her symptoms. “By the time I had the repeat test, the lesion had grown, so a biopsy was ordered. The biopsy was positive for ER-positive Her-2-Neu-negative invasive ductal carcinoma.”.[…]

“My projects promote mental health awareness and as an artist, it’s important to me to be original in conveying the message.”

1. What is a day in the life of Caro Tejada?
I truly live one day at a time. If I am not traveling for work my day consists of taking my daughter to school first thing in the morning, followed by making it to the gym (which always helps me stay fit mentally and physically.)[…]

A day in the life of Neida Sandoval is intense, sometimes unpredictable, and always in motion. Two years ago she became an independent journalist so that she can manage her time better while maintaining a tight agenda where projects and family go hand in hand. “When I’m not traveling for work, my days begin at 5:30 […]

From retirement plans to identity theft protection, Hispanic business owners are more likely to invest in their employees’ futures and well-being across categories. In fact, they are 23 percent more likely than the general business owner population to offer benefits ranging from traditional medical insurance and retirement plans to more progressive offerings such as identity […]

Disney’s Moana voyages onto the ice for the first time as Disney On Ice presents Dare To Dream bringing courage and adventure to hometowns across North America. Read about Mexican performer Gabriel “Jacobo” Montemayor as he prepares for the action-packed spectacular in VA. The show has been a family favorite. What do you think it […]

As part the Global Road Safety Week, Chevrolet and Safe Kids Worldwide are teaming up in Dallas to help raise awareness of car seat safety. Safe Kids found that ~73% of car seats are not properly installed, so there is a significant need to educate amongst parents.

For 146 years, Ringling Bros. and Barnum & Bailey Circus has amazed audiences with its distinctive talent. Its gravity-defying acrobats, orbital aerialists, majestic animals, fearless daredevils and amusing clowns have entertained millions worldwide. With performers representing nationalities from all over the world, Brazilian-born trapeze artist Estefani Evans is a 5th generation trapeze artist and a Latina to watch. With […]

Jasmine Mora has been hired by Airbnb to head up policy communications in Mexico, Central America, and the Caribbean.  She is based out of Los Angeles and works with the Latin America team to expand the company’s presence in the region.Prior to Airbnb, Mora was the Communications Director for the Congressional Hispanic Caucus {…}

As a child, Laura Chavez was amazed by the things figure skaters were capable of doing over a sheet of ice. At a young age her parents enrolled her in multiple sports; ballet, tap, gymnastics, and skating, and when the time came to stick to only one sport, she chose figure skating. “We reached a point where I was no longer able to continue with all three sports and they let me choose what I wanted to continue in,” she shares. “I chose figure skating as it was what I enjoyed the most.”

In gang-infested El Salvador it is not uncommon for a man to feel his masculinity threatened when his wife or partner works outside the home. Despite the stigma of women in a male-dominated culture, there is a group of 11 women who have taken ownership of their lives in the picturesque community of Suchitoto. They […]

AS LONG AS I’VE GOT MY SUIT AND TIE

Many folks in the office ask me, “Why are you always dressed up in a suit and tie? It’s business casual here.” It’s true, business casual is the policy, and frankly, Friday casual is the norm in many offices. And that’s cool — folks should dress the way they want and in whatever works for them […]

By: Mónica Ramirez, Director of Gender Equity and Advocacy for the National Hispanic Leadership Agenda (NHLA)

Nearly 100 organizations across the U.S. are taking action today to raise awareness about the gender wage gap facing Latina workers. The most recent data reflects that Latina workers are being paid an average of 54 cents to the dollar paid to white male, non-Hispanic workers. This means that it takes Latinas 22 months to make the […]