The Most Powerful Weapon Against Adversity is YOU! 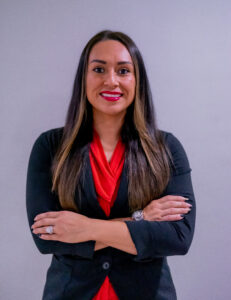 From an early age, as a Mexicana from the inner city of Chicago, my dream was to become a United States Marine. Although my mother urged me to attend college and ensured I would have the opportunity and financial support I needed, I knew my heart was elsewhere. In 2004, one week after my high school graduation, I was on my way to recruit training aboard Marine Corps Recruit Depot Parris Island, SC.

The day I met our drill instructors, I was filled with fear and admiration and at that moment, I knew I was exactly where I was meant to be. Being a Marine meant being a leader, which came natural to me and I excelled. Throughout nearly 11 years of service, I was meritoriously promoted three times, earned the billets of marksmanship instructor trainer, martial arts instructor trainer, completed a successful tour as a drill instructor and received other personal awards.

For over a decade, I dedicated myself fully to the Corps by teaching and mentoring Marines under my charge and those around me, excelling in my military occupation and being “deployable ready” at all times. I never imagined my life outside the Corps because my dream was to retire as a Latina SgtMaj; since I had not known of any.

In 2014 and after much success, I knew I was on the fast track to my promotion to SSgt- and I could not have been more wrong. When I was a drill instructor, I had an infraction, and let’s say that my previous accomplishments were overshadowed and I was not selected for promotion. Ultimately, due to service limitations, my time in the Marine Corps was over in an instant.

The only transition period I had was a two-week separation class that focused more on retirement and not on service members in my situation. Late 2014, I found myself driving passed the Parris Island gate for the last time. Lost, confused and with eyes full of tears, I embarked on a new journey that I was not prepared to take. Everything that I had envisioned for myself before this moment was now a distant memory.

I felt defeated and spent some time getting to know myself outside of the Corps, then it hit me. I was not successful because I was a Marine I was successful because I am a strong Latina woman who perseveres in the face of a challenge. My experience taught me – when life does not go according to your plan, that is when you get up, fix your crown and show life what you’re made of.

Since my separation from the Corps, I earned my degree in criminal justice and graduated top of my class. I was hired into the federal government at a high-level position, repurchased my military time, which is now equivalent to 18.5 years of combined service and I work as a Federal Investigator. Today I continue to push beyond boundaries I face as a young Latina in the workforce and spread awareness about resilience by telling my story, to those willing to listen. There is no better saying than “everything that glitters is not gold” and I want everyone who sees me to say “if she can succeed, I can too!” If you are ever faced with adversity that changes the trajectory of your life, always remember- the most powerful weapon against adversity is YOU!