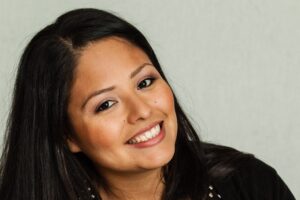 I was born and raised in Queens, New York. My parents immigrated to the United States from Guatemala with my three older siblings. My parents had three additional children while living in New York, making me number five of six kids. Being born into a large family meant that you were never alone, and there was always someone to lend a hand. It was like a small community within a larger community; that larger community was my church family. As a result, community, brotherhood, and sisterhood have been common themes throughout my life.

After attending the city’s public school system, I was ready for my next phase. 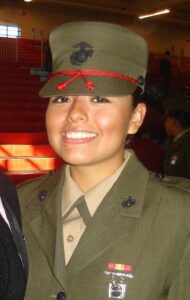 It was time for me to take a giant leap of faith, much like my parents did when deciding to come to the United States. My leap of faith was to join the United States Marine Corps. It was a leap that continues to reward me to this day. I joined the Marines, where I learned that with the right mindset, anything is possible. I deployed to Iraq and Afghanistan as an Aviation Administrator. I pushed myself farther than ever as a Marine, and that ability to push has served me well as a civilian. My time in the military also introduced me to the most incredible community I could ever be a part of. The friendships, connections, and memories shared with other military members are like no other, and for that, I’m thankful.

Upon transitioning out of the Marine Corps, my goal was to continue serving my community by becoming a registered nurse. However, this goal pivoted into a degree in healthcare administration instead. This pivot allowed me to dedicate more time to my young family. However, shortly after graduating with a degree in Health Care Administration, my desire to help my community would be put on pause, and I would be introduced to a new community. 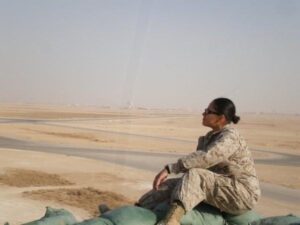 My son was diagnosed with a rare disease known as Duchenne Muscular Dystrophy (DMD). I was now a part of the rare disease community and had a fight on my hands that was and is very personal. I began fighting to save my son’s life. My core values and resiliency learned in the Marines were once again put to the test. Now a part of this community, which I had no desire to be a part of, I would draw more than ever from my veteran community. 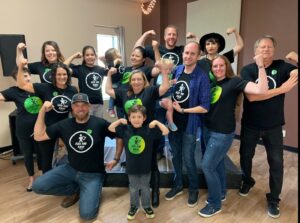 As veterans, it is not hard to find a community that provides camaraderie and friendship. It does not matter where you go in your new civilian life. You will likely find a veteran willing to lend a helping hand. You would be hard-pressed to find a community that shows up stronger than the veteran community when you need help fighting an enemy. My advice to veteran brothers and sisters is to tap into their veteran community. It is an excellent source of knowledge and strength. 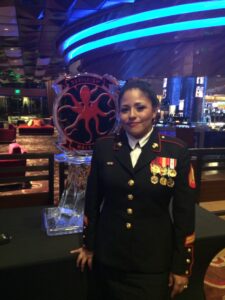 Nancy Hamilton is a Virtual Executive Assistant Contractor who offers administrative support to executives in the United States. Hamilton believes that handling those essential administrative tasks gives her clients the flexibility to focus on what matters most for their business. In addition, she is the Co-Founder of Flex for Kal, a nonprofit organization raising awareness for Duchenne Muscular Dystrophy and funding cutting-edge research to find a cure. She is also Co-Owner of Carter Creek Farm along with her husband, where they raise organic-fed pasture-raised pork and grass-fed beef. Nancy served in the United States Marine Corps for eight years as a F/A-18 Aircraft Maintenance Administrator. She holds a Bachelor of Art in Healthcare Administration from Fresno Pacific University.